Strandzha Mountain occupies the southeastern part of Bulgaria and part of neighboring Turkey. We go exactly to the place where Strandzha meets the Black Sea, where the seashore meets the Perseids, and the Milky Way sinks into the warm waters of the sea.

The ancient name of Strandzha is Paroria, i.e. “Border mountain”. It is the most exotic mountain and the least populated region of Bulgaria. And if Strandzha was once densely populated with Thracian tribes, rich in sanctuaries, tombs, hesychastic monasteries, and breathtaking natural beauty, the focus of our tour are the sea, seafood, marine nature, and sea people.

In The Black Sea, there is no life below 100-120 m due to the high content of hydrogen sulfide. However, this has preserved many sunken vessels from ancient times to a hundred years ago, and even American scientists have long searched here for the remains of Noah’s Ark. We will not find them, but we will meet the rare comunity of real people with big hearts and foreheads streaked by the sea breeze, who have lived here for centuries and produced our food.

Plovdiv. Possible transfers from Stara Zagora and Burgas. The program starts at 9.00 AM – meeting at Magazia 1 of the Port Complex – Bourgas for sailing by boat at 9.30 am.

Hours of departure: 06.00 am from Plovdiv through the Trakia Motorway. Meeting at the bus stop next to UBB Bank on Tsar Boris III Obedinitel Blvd. opposite the Ramada Trimontium Hotel

The price of the tour includes:

The gastronomic tour “Tastes of sea Strandzha” presents the sea part of Strandzha not only as a place for resort and relaxation on the beach but also as a gastronomic destination with preserved traditions in food production and preparation. We will travel by sea to the only Bulgarian inhabited island on the Black Sea coast, which hosts the only island church in our country, we will step into the romance of an authentic fishing village and meet the old fishermen, we will take mussels with them, we will inhale the romantic pirate legend around Ahtopol with its museum of sea anchors, we will try real fish soup in Sinemorets, we will go to the mouth of the sweet and salty Veleka and to the most southeastern point of Bulgaria – Rezovo, where the Bulgarian coast meets the Turkish.

We will meet the people and stories behind:

Day 1: The magic of the island of St. Anastasia, the fishing village, and the sunrise of Ahtopol

At 9 o’clock we meet in front of Magazia 1 of the Port of Bourgas to leave at 9.30 for the island of St. Anastasia – the only inhabitable Bulgarian Black Sea island and the only one with a church. The monastery “St. Anastasia Pharmacolithria (Healer)” was set on fire several times and attacked by pirates. The island is the Bulgarian “Alcatraz”, because in 1923 it was turned into a prison for communists and farmers.

It was once called Bolshevik Island. In 1912, in the northern part of the island, the foundations were laid for the new lighthouse, which guides the ships to this day. Historical data show that Anastasia learned the medical craft and became a famous healer. The construction of an authentic hospital on the Island is connected with the abilities of the saint. Here is the place to enjoy aromatic tea or buy herbs that are typical of the surroundings and the region.

On the second floor of the large monastery building, you will find the interactive museum exhibition, which recreates the rich history of the island of St. Anastasia. A pirate treasure, a monastery cloister, prison cells, and a place that inspired Burgas writers and poets reveal to visitors the past of the island.

We have lunch in Kraimorie with fresh sea fish and beer and go to a Strandzha farm for kale, chard, and lofant. Kale is a superfood because of its high antioxidant activity. Protects against prostate and colon cancer, is good for the stomach, liver, and immune system. We will have lunch with fresh fish and seafood in the restaurant of the authentic fishing village. In Ahtopol we have time for a late beach or photos at sunset on the beach.

Day 2: From the estuary of the Veleka river to the border in Rezovo

After breakfast, we are going to the Rezovo and we stop for photos of the estuary of the Veleka river – one of the most beautiful places on our Black Sea coast. It is located near the village of Sinemorets in the Strandzha Nature Park and is a protected area. Here the river forms a beautiful lagoon and flows into the sea under sandy hair. It has one of the most beautiful beaches on the southern Black Sea coast.

We walk in Rezovo – the southernmost coast on the native Black Sea coast and the border between Bulgaria and Turkey through the Rezovska River, which divides the two countries. There are nice views of the Turkish coast, where there is a very long and deserted beach. Interesting in Rezovo are its majestic and steep cliff shores, as well as the preserved old Strandzha houses.

We have lunch with fresh sea fish soup, fresh fish and seafood, in a restaurant in Sinemorets and go to the farm of our emigrant from Great Britain, who is finishing marketing in Wales and giving up a successful career abroad to start his own farm. The farm raises elite buffaloes and cattle of the Aberdeen Angus, Hereford breeds.

The golden sandy beaches of the Southern Black Sea coast, caressed by the sea breeze, refreshing the air in the hot summer afternoons, and the warm seawater, which slowly cools down and makes the autumn longer. Next to them are the mystical Strandzha villages, where there is no industry, no pollutants, and life is simple and clean, like 100 years ago. 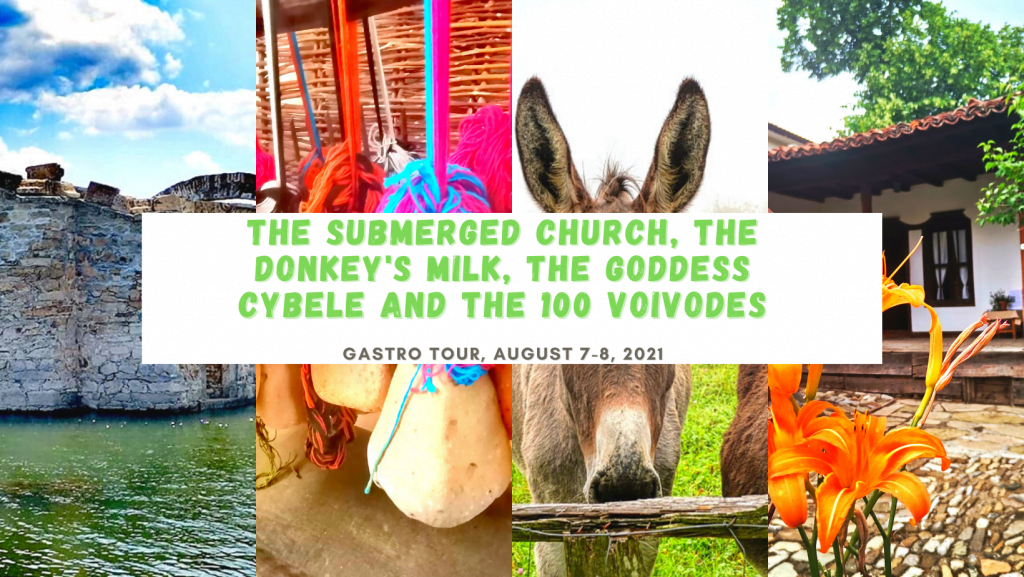 Gastrotour “The Submerged Church, the Donkey’s Milk, the Goddess Cybele, and the 100 Voivodes” 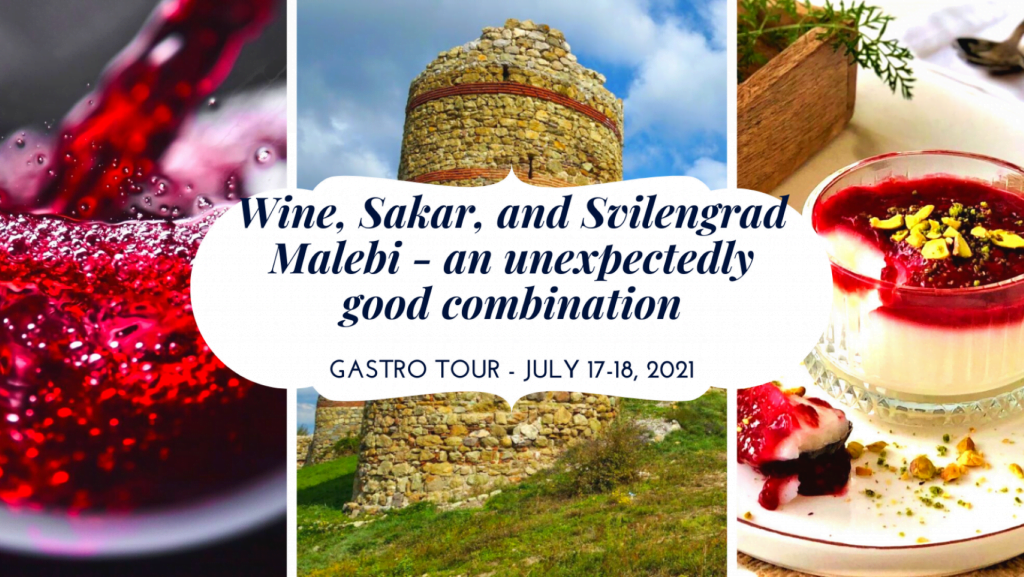 Let’s celebrate the Bulgarian lavender at the foot of Sredna Gora!